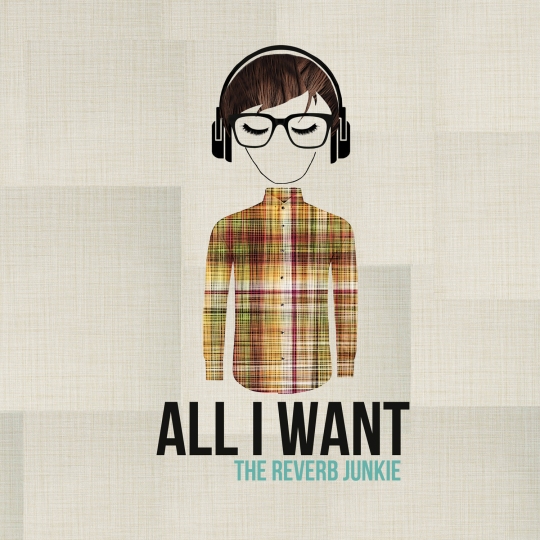 Howdy Y’all,
It’s official : ).  The Reverb Junkie album, All I Want, is coming out September 10, 2013.  This album means a great deal to me – as it is my first entirely self-produced album (other than a very strange album I made in high school that had way too much reverb on everything).  For All I Want – I got to create the sounds, concepts, and artwork.  I recorded it, mix it, chopped it up, added layers, and cut away the extra – until it sounded just like I wanted.

Right now, the album is being specially mastered by a dear friend and musical influence of mine.

I am so excited to share what I made with you.